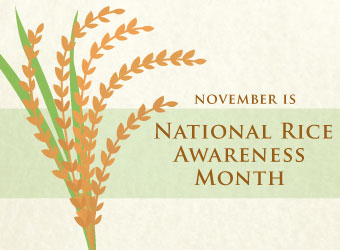 President Benigno S. Aquino III has declared 2013 as National Year of Rice or NYR and directed the Department of Agriculture (DA) to lead its celebration, as per Proclamation No. 494, signed on October 18, 2012

The NYR proclamation aims to intensify efforts of the Aquino government through the DA to attain rice self-sufficiency by 2013.

Secretary of Agriculture Proceso J. Alcala said the proclamation will all the more reinforce current efforts of the agency in partnership with farmers’ groups, local government units and the private sector to provide needed infrastructure, technical, marketing and institutional support to successfully attain rice sufficiency by 2013, and at the same time start exporting fancy and upland rice varieties.

He said the DA—particularly through the Philippine Rice Research Institute (PhilRice) and the DA National Rice Program—will sustain initiatives to boost farmers’ morale and motivate them to adopt modern and sustainable technologies to improve their farm productivity and incomes, and encourage the general public to be responsible rice consumers.

Proclamation 494, s.2012, also affirms the month of November of every year as a “National Rice Awareness Month,” pursuant to a previous proclamation issued in 2004.