From the National Economic and Development Authority

In light of the Office of the Presidential Assistant for Rehabilitation and Recovery’s transfer of its functions to NEDA, Economic Planning Secretary Arsenio M. Balisacan visited Leyte for a progress inspection of eight (8) ongoing Typhoon Yolanda reconstruction and rehabilitation projects on June 24-25, 2015, particularly in Tacloban City and Tanauan.

Among the eight projects, Balisacan first visited the Tagpuro Transitional Site in Barangay 108 in Tacloban City, a transitional shelter for 83 displaced families from San Jose, Tacloban. To help the families earn income, the site includes livelihood facilities such as vegetable growing areas, fish cages, and a crab-growing area. These facilities are joint projects of the Bureau of Fisheries and Aquatic Resources and United States Agency for International Development.

Balisacan also visited the Tacloban Resettlement Project in Barangay Kawayan, Tacloban City, in collaboration with the private sector. It is a seven-hectare land accommodating around 350 housing loft units donated by the GMA Kapuso Foundation and Habitat for Humanity organization.

Likewise, Balisacan visited the Ridge View Park 1 and 2 Resettlement Site in Barangay Cabalawan, Tacloban City,which houses 17 displaced families, and is targeting to build 1000 housing units for Park 1 and another 1000 units for Park 2. 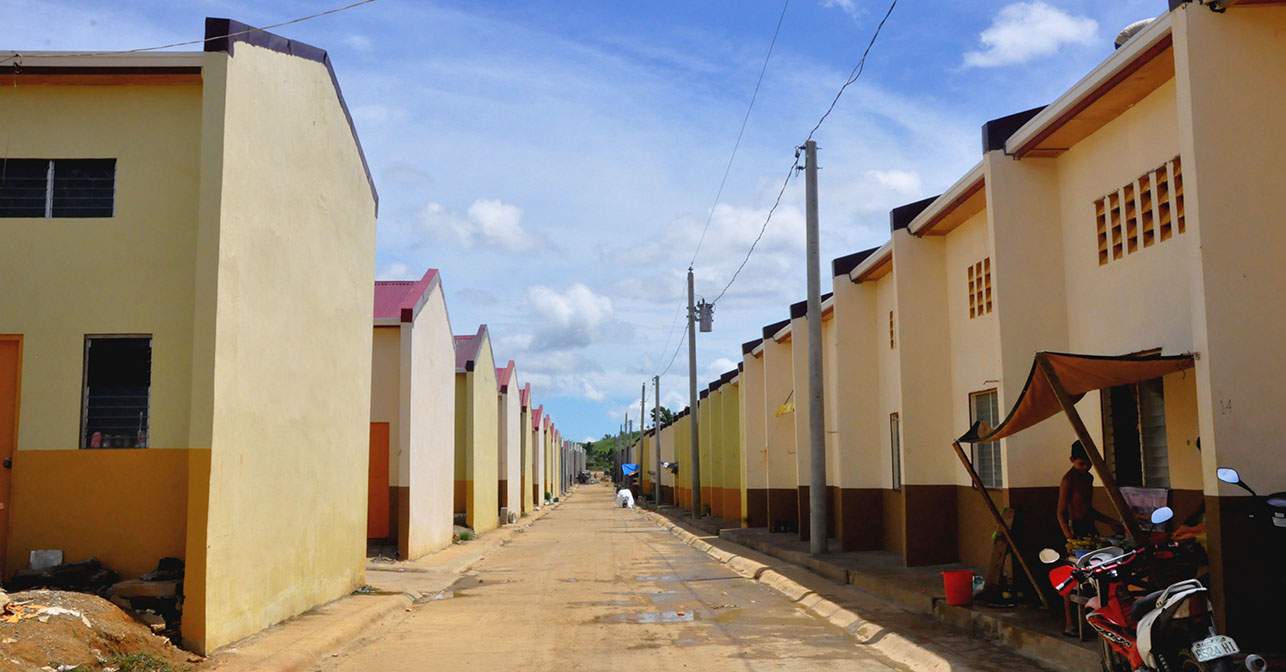 The NEDA Director-General also inspected the Eastern Visayas Medical Center Modernization Project also in Tacloban City, a government endeavor relocating the hospital facility from the port area to the mountainside of Barangay Cabalawan due to the devastation of Typhoon Yolanda in 2013 and the its vulnerability to storm surges. The new and safe hospital facility has an estimated bed capacity of 500, and will be more accessible to people from poverty-stricken municipalities in Samar.

Balisacan also went to the Prime Town Resettlement Site in Barangay Pago, Tanauan, which already has 148 occupants. The housing construction was contracted through Gawad Kalinga, and the project targets to build a total of 381 units.

Also in Tanauan, the Cabinet official inspected the Rehabilitation Project at Bislig Elementary School, which involves the reconstruction of the school’s 1-classroom and 2-classroom elementary buildings.

Balisacan also visited two livelihood centers that have helped provide jobs to Yolanda survivors—the Barangay Sta. Cruz Aquaculture facility and La Granja Farms. The Barangay Sta. Cruz Aquaculture farm processes and sells softbone bangus and oysters, and employs 68 fishermen and 20 members of the Sta. Cruz Women Fisherfolk Association. La Granja Farms, on the other hand, employs around 64 members of the La Granja Farmers Association, and helps rebuild and support the lives of small farmers through trainings and workshops on organic and sustainable farming.