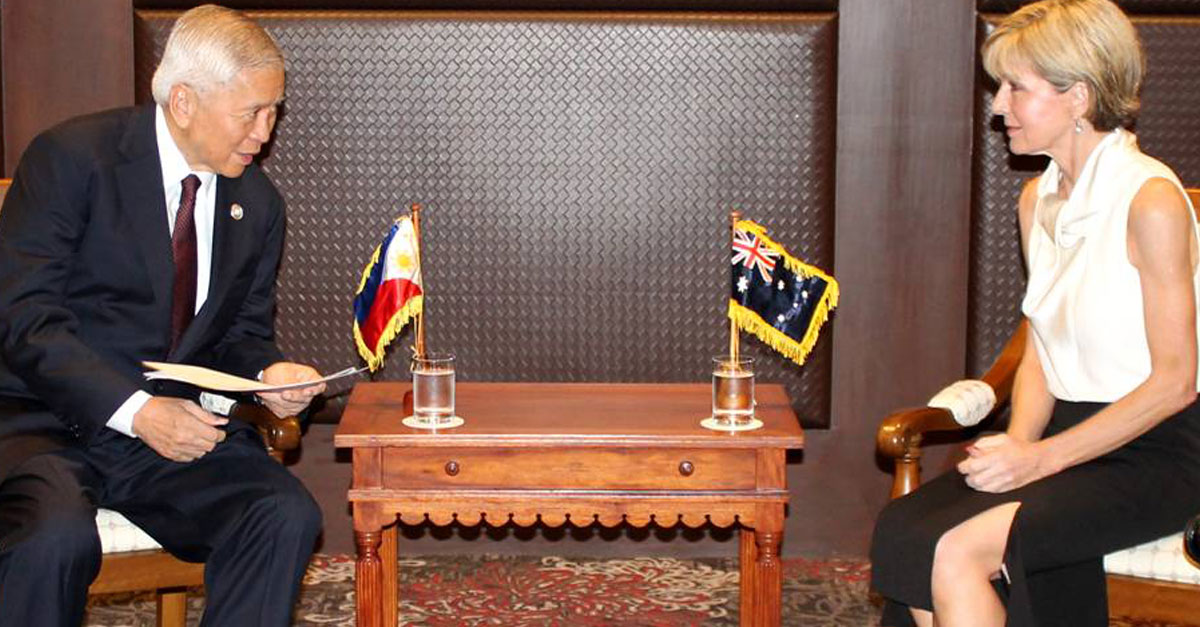 The two Ministers discussed also the Joint Declaration on a Philippines-Australia Comprehensive Partnership, which is set to be signed by President Benigno S. Aquino III and Prime Minister Malcolm Turnbull following their bilateral meeting on November 18.

– From the Department of Foreign Affairs