This year’s Labor Day celebration, Kinabukasan Sigurado sa Disenteng Trabaho, will be highlighted by modified job fairs in 44 sites across the country. The fair will showcase key sectors and industries that would generate employment in the next seven to ten years. 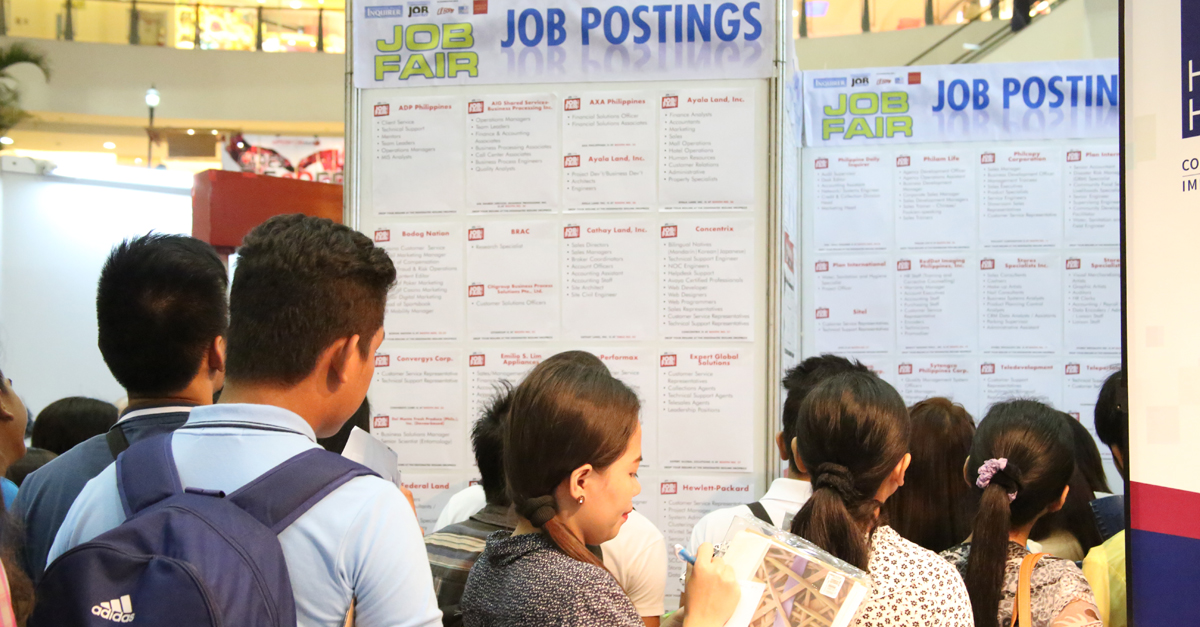 “The 2016 Labor Day celebration underscores the DOLE’s effort in developing the country’s top resource, our workers, and generating decent and productive jobs to secure a brighter future for the country,” said Labor and Employment Secretary Rosalinda Dimapilis-Baldoz

Career guidance for the youth

A modification was made by the Department through the conduct of a career fair, which aims to guide students and the youth in making career decisions.

“The career fair will feature the on-going human resource development initiatives of the DOLE in partnership with labor groups, employers, key sectors, and other government agencies. It will build on the Human Resource Development Roadmap and the Labor and Employment Plan for 2016-2022 to prepare the youth for the future of work,” said Baldoz.

She added that the career fair will be participated in by 3,000 youths and students who want to explore career opportunities in the labor market. It will also feature career ambassadors who will assist the youth participants in making career decisions.

Several government agencies will showcase their respective programs on career guidance, including scholarships and related programs on the K to 12.

[Check out more programs for employment]

Baldoz added that the number of employers and jobs available are expected to increase because there are still two weeks to go before May 1.

To ensure fast and smooth processing of job applications and other employment-related documentation, the DOLE and its Regional Offices enlisted the participation of the National Bureau of Investigation, Social Security System, Bureau of Internal Revenue, National Statistics Office, PAG-IBIG, and PhilHealth, which will have their own booths at the following job fair sites nationwide.

A post-labor day job fair at the Freedom Park, Burgos Street, Cabanatuan City, Nueva Ecija will be held on May 3.

A pre-labor day job fair will held on April 27 at the Batangas City Convention Center in Batangas.