The Order of National Artists

What is a National Artist?

A National Artist is a Filipino citizen who has been given the rank and title of National Artist in recognition of his or her significant contributions to the development of Philippine arts and letters.

The rank and title of National Artist is conferred by means of a Presidential Proclamation. It recognizes excellence in the fields of Music, Dance, Theater, Visual Arts, Literature, Film and Broadcast Arts, and Architecture or Allied Arts. 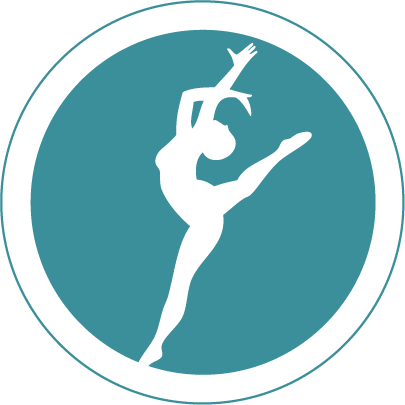 What is the Order of National Artists?

Those who have been proclaimed National Artists are given a Grand Collar symbolizing their status. Recipients of this Grand Collar make up the Order of National Artists. The Order of National Artists (Orden ng Gawad Pambansang Alagad ng Sining) is thus a rank, a title, and a wearable award that represents the highest national recognition given to Filipinos who have made distinct contributions in the field of arts and letters. It is jointly administered by the National Commission for Culture and the Arts (NCCA) and the Cultural Center of the Philippines (CCP), and is conferred by the President of the Philippines upon recommendation by both institutions.

As one of the Honors of the Philippines, it embodies the nation’s highest ideals in humanism and aesthetic expression through the distinct achievements of individual citizens. The Order of National Artists shares similarities with orders, decorations, and medals of other countries recognizing contributions to their national culture such as, the U.S. National Medal for the Arts, and the Order of Culture of Japan.

According to the rules of the National Commission on Culture and the Arts, the Order of National Artists should be conferred every three years.

The insignia of the Order of National Artists 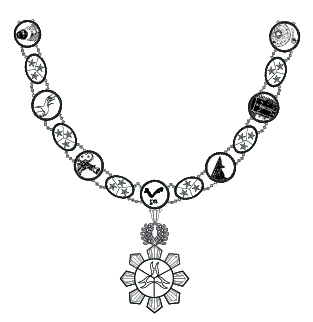 The insignia of the Order of the National Artists is composed of a Grand Collar featuring circular links portraying the arts, and an eight-pointed conventionalized sunburst suspended from a sampaguita wreath in green and white enamel. The central badge is a medallion divided into three equal portions, red, white, and blue, recalling the Philippine flag, with three stylized letter Ks—the “KKK” stands for the CCP’s motto: “katotohanan, kabutihan, at kagandahan” (“the true, the good, and the beautiful”), as coined by then first lady Mrs. Imelda Romualdez Marcos, the CCP’s founder. The composition of the Grand Collar is silver gilt bronze. In place of a rosette there is an enameled pin in the form of the insignia of the order.

When was the Order of National Artists created?

It was established by virtue of Presidential Proclamation No. 1001, s. 1972, which created the Award and Decoration of National Artist, “to give appropriate recognition and prestige to Filipinos who have distinguished themselves and made outstanding contributions to Philippine arts and letters,” and which posthumously conferred the award on the painter Fernando Amorsolo, who had died earlier that year.

Legal basis of the Order of National Artists

Executive Order No. 435, s. 2005 amended Section 5 (IV) of EO 236, giving the President the power to name National Artists without need of a recommendation, relegating the NCCA and the CCP to mere advisory bodies that may or may not be heeded. This expanded President Gloria Macapagal-Arroyo’s flexibility to proclaim National Artists at her discretion, which led to the controversy of 2009 and the subsequent intervention of the Supreme Court by issuing a status quo ante order against the awardees that year.

In May 2009, four recommendations were sent to President Arroyo by the Secretariat. President Arroyo issued proclamations on July 2009 for three, excluding for one nominee, Ramon P. Santos.

In addition, President Arroyo issued proclamations for four  individuals who were not recommended, namely, Cecile Guidote-Alvarez, Francisco T. Mañosa, Magno Jose J. Caparas, and Jose “Pitoy” Moreno. These four artists have not been vetted and deliberated upon by the Secretariat.

As a result, the majority of living national artists (Almario, Lumbera, et. al.) filed a petition questioning President Arroyo’s abuse of her discretion by proclaiming as national artists individuals (Guidote-Alvarez, Caparas, Mañosa, and Moreno) who have not gone through the rigorous screening and selection process of the NCCA and the CCP.

In July 2013, the Supreme Court, in the case of Almario vs the Executive Secretary (GR No. 189028, July 16, 2013), invalidated President Arroyo’s proclamations of four national artists. It decided that, as the source of all honors, the President has the discretion to reject or approve nominees. However, the President does not have the discretion to amend the list by adding names that did not go through the NCCA-CCP process. The discretion is confined to the names submitted by the NCCA and CCP.

From 2009 until 2011, in the absence of any resolution by the Supreme Court, the Secretariat had the impression that they may not process any future nominations. The Order of the National Artists is supposed to be proclaimed every three years.

Process of nomination and conferment of the Order Criteria for the Order of National Artists 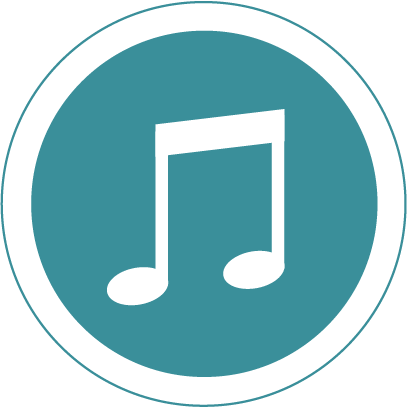 2. Artists who, through the content and form of their works, have contributed in building a Filipino sense of nationhood;

3. Artists who have pioneered in a mode of creative expression or style, thus earning distinction and making an impact on succeeding generations of artists;

4. Artists who have created a substantial and significant body of work and/or consistently displayed excellence in the practice of their art form thus enriching artistic expression or style; and

5. Artists who enjoy broad acceptance through:

• critical acclaim and/or reviews of their works;

• respect and esteem from peers.

Those submitting nominations for National Artist must submit the following: 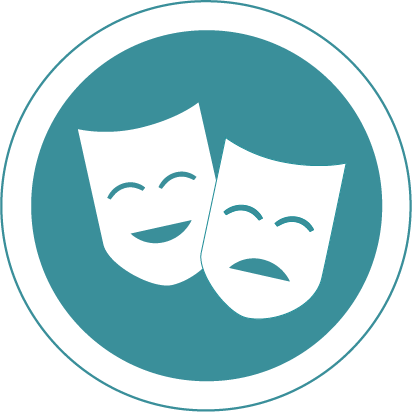 • A detailed curriculum vitae of the nominee;

• A list of the nominee’s significant works categorized according to the criteria;

• Pertinent information materials on the nominee’s significant works (on CDs, VCDs and DVDs);

• Copies of published reviews; and

• Any other document that may be required.

To the following addresses:

A member of the Order of National Artists are granted the following honors and privileges:

1. The rank and title of National Artist, as proclaimed by the President of the Philippines;

2. The insignia of a National Artist and a citation;

3. A lifetime emolument and material and physical benefits comparable in value to those received by the highest officers of the land such as:

b. a cash award of Seventy Five Thousand Pesos (P75,000.00) net of taxes, for posthumous awardees, payable to legal heir/s;

d. life insurance coverage for Awardees who are still insurable;

e. a state funeral and burial at the Libingan ng mga Bayani;

f. a place of honor, in line with protocular precedence, at national state functions, and recognition at cultural events.

Source: The NCCA’s National Artists of the Philippines Guidelines. For more information on Philippine arts and culture, please visit www.ncca.gov.ph 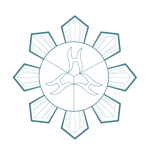 Appendix: The Roster of National Artists