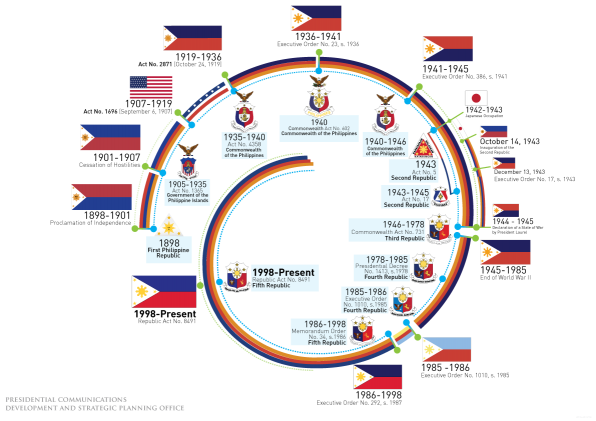 Symbols in the Philippine Flag

Aside from the Masonic influence on the Katipunan, the design of the Philippine flag has roots in the flag family to which it belongs—that of the last group of colonies that sought independence from the Spanish Empire at the close of the 19th century, a group to which the Philippines belongs. The Presidential Communications Development and Strategic Planning Office traces the origins of the Philippine flag’s design elements, which have been in use since General Emilio Aguinaldo first conceived them—the stars and stripes; the red, white, and blue; the masonic triangle; and the sun—and have endured since. Learn more here. On May 24, 1994, President Fidel V. Ramos signed Executive Order 179, s. 1994, which ordered the display of the national flag in all all buildings, establishments, and homes from the May 28 to June 12, 1994, and on February 12, 1998, President approved Republic Act  No. 8491, prescribing the Code of the National Flag, Anthem, Motto, Coat-of-Arms and other heraldic items and devices of the Philippines.

I. When to raise and lower the flag in government offices, schools, and private institutions 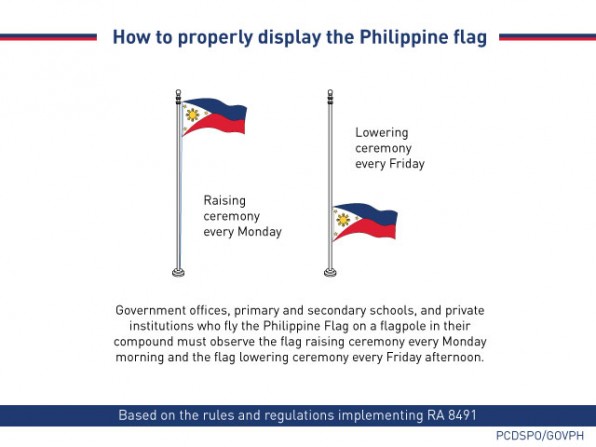 II. Displaying the flag on buildings 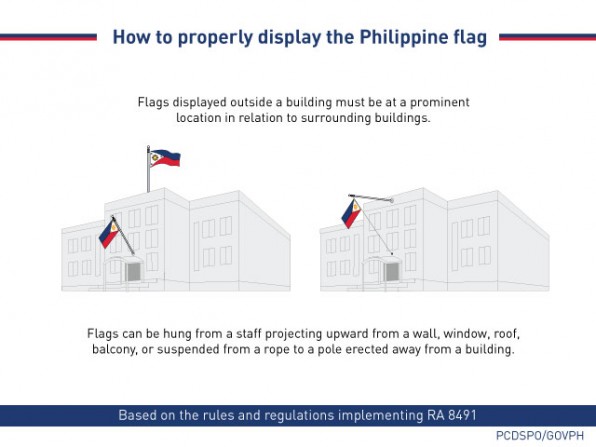 III. Displaying the flag in times of peace and war IV. The proper way of folding the Philippine flag